In order to get a good understanding of how the cryptocurrency markets work, we attempt to answer the following questions:


We observe only after the crash in early 2018 does the trade activity heavily centralize on Bitcoin. Although Bitcoin had been dominant, our measure of activity shows that smaller currencies had their markets stretched further to their limits, by trading indirectly around Bitcoin.

Apart from knowing the market trade volume correlations, we want to dig more into the price series correlations. We want to answer some questions: What are the correlations of cryptocurrency prices? How do the correlations changes over time? Can we find some interesting patterns by looking at their correlations? We chose 2016 as a starting point because after this year the data is ample so we can avoid some bias.

Starting from this issue, we decide to figure out the location and duration of all relatively stable and relatively chaotic periods (regime change). We will use this information to train our future models on a reliable time frame and also, to assess market efficiency during the times of instability.


First, we display the results of our KS-testing (Kolmogorov–Smirnov). We see that the regime change points capture oscillations of the market very well. 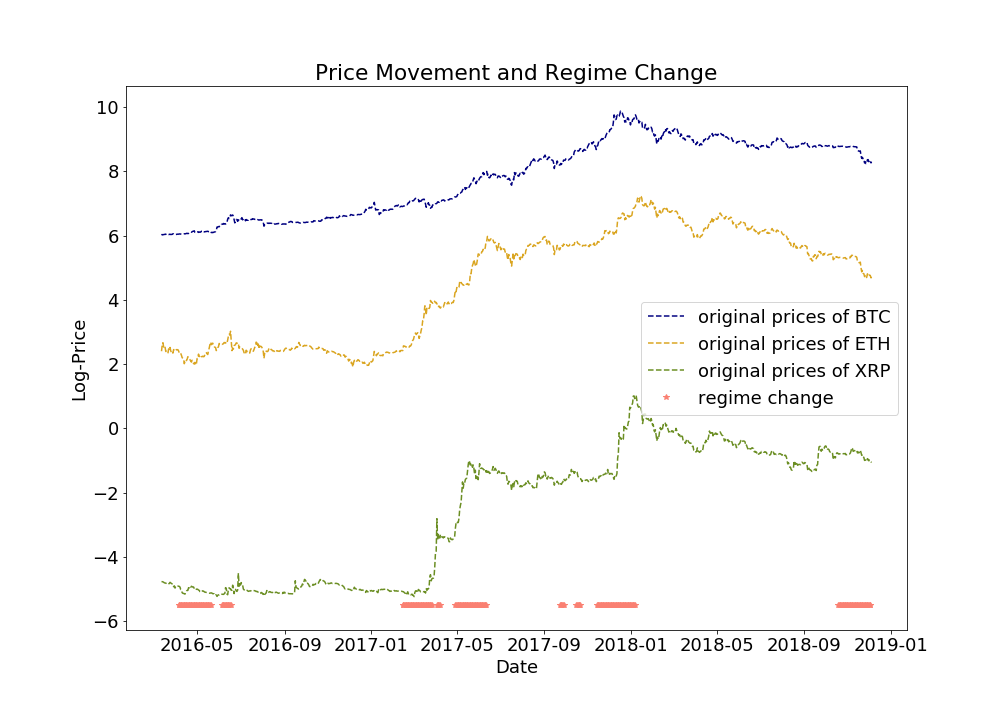 Also, we see that the periods when the momentum strategy yields the highest returns coincide with regime change regions that we have found. It reinforces the assumption that in times of uncertainty, market offers good investing opportunities 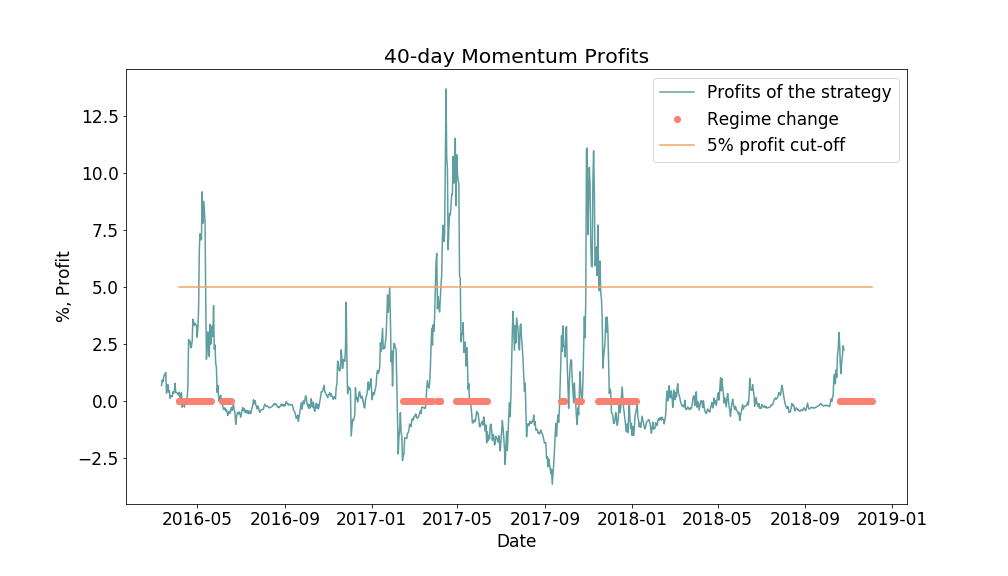 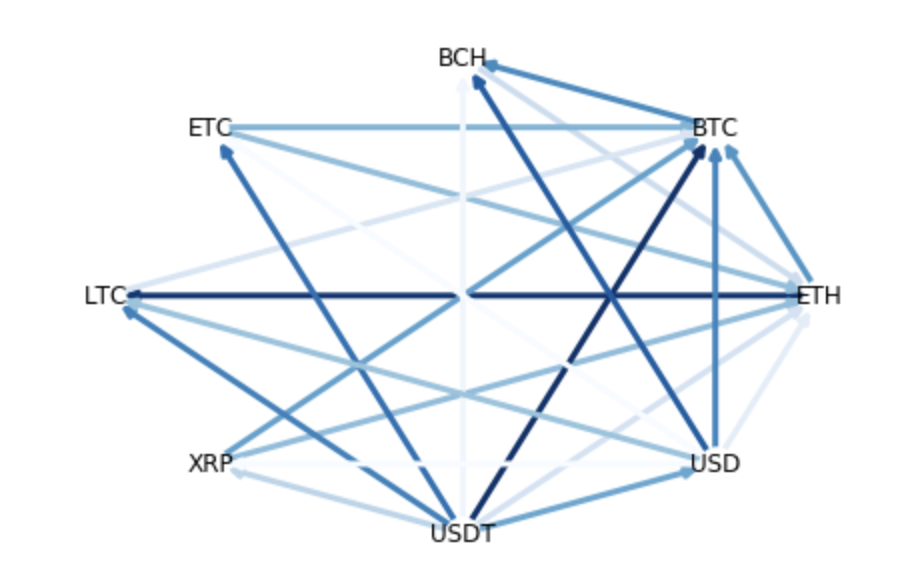 We observe sudden flows in and out of some cryptocurrencies, spiked changes in the correlation matrix, and this behavior yields arbitrage opportunity via exchange rate cycles. 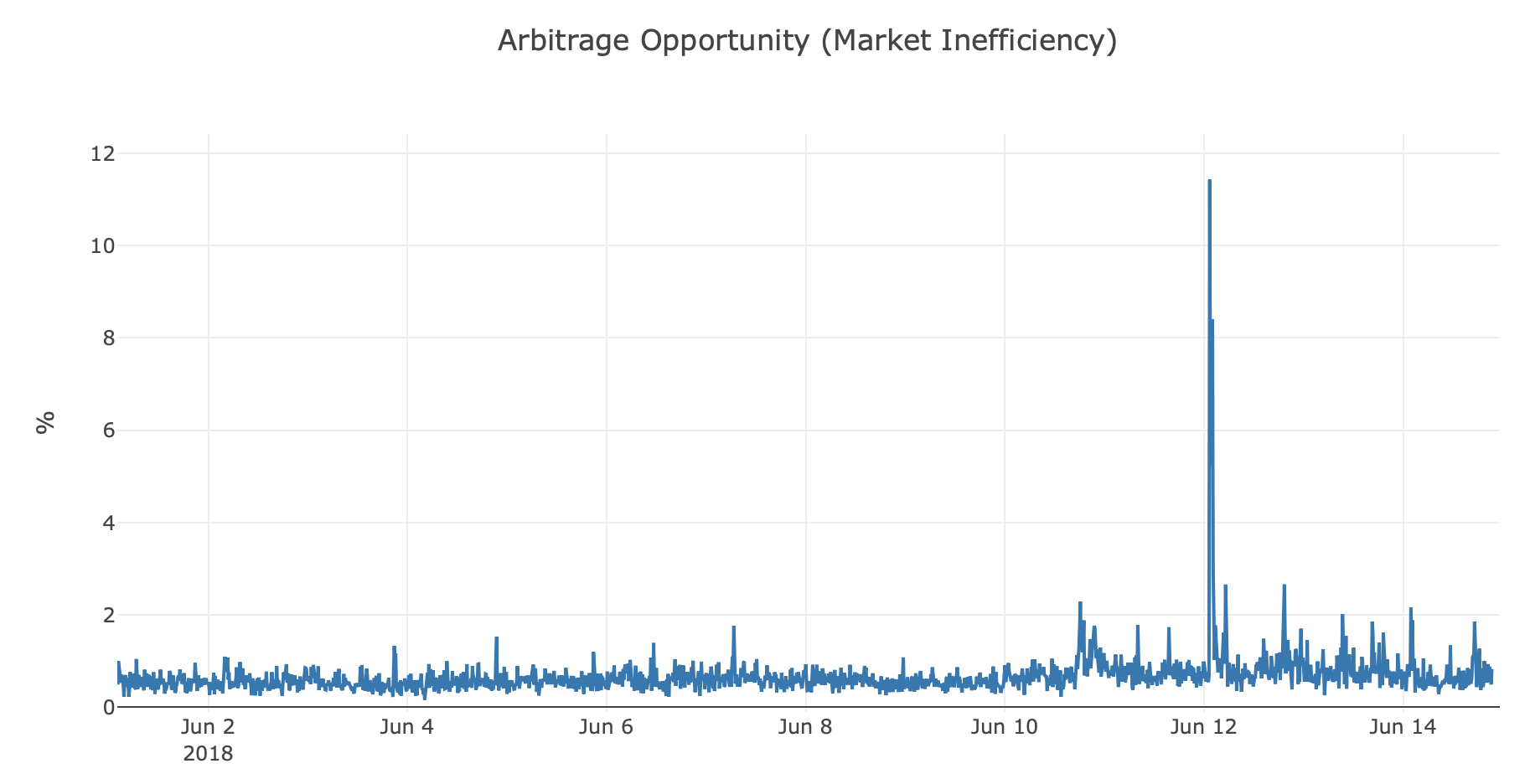